CAF President Ahmad To Be The Guest Of Honor In Dar Derby. 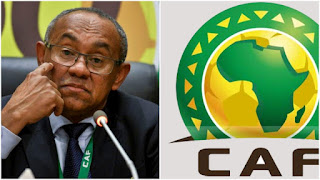 The president of Confederation of African Football (CAF) Ahmad Ahmad will attend the Dar es Salaam derby on Sunday as a guest of honor.
In a statement by Tanzania Football Federation (TFF) Ahmad  will have a visits in Tanzania for three days after being invited by TFF and will get an opportunity to watch the game between Yanga against Simba.
In his visits president Ahmad will also meet with government leaders to discuss the development of football as it will be arranged by the sport ministry.
On the other hand, Mohamed Dewji, Simba Sports club’s board of directors’ chairman, in his Instagram account stated that “Thank you President Ahmad for responding to our invitation to see the development of of football in Tanzania, and for being the guest of honor for the Dar derby this Sunday, Simba is ready to give you a warm welcome and to show Tanzania unforgettable experience”
CAF president Ahmad is expected to land in Tanzania on Saturday 7th March until 10th March this year.

MANARA: Let’s Fill The Stadium On Our Derby