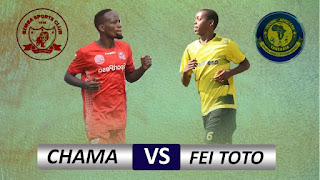 Simba sports club’s midfielder Clatous Chota Chama has apologized Feisal Salum and all football fans in Tanzania due to his unfair play during the Kariakoo derby.