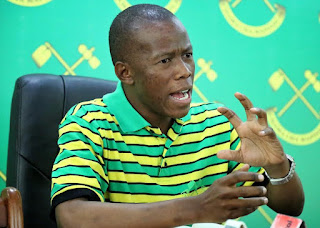 Tanzanian’s ruling party Chama cha Mapinduzi (CCM) has announced to suspend all its crowded gatherings one day after one case of coronavirus was reported in the country.
Speaking to journalists today 17th March 2020, CCM’s Ideology and Publicity Secretary, Humphrey Polepole said that the party’s move is aimed to combating the further spread of coronavirus.
“All CCM leaders including Members of Parliament and councillors should stop arranging meetings as we know that in meetings there are mass gatherings. CCM insists to stop meetings until further notice from the government,” Polepole explained.
In addition, Polepole said the main opposition party CHADEMA should also stop planning for meetings which are said to commence on 4th April this year all over the country.
“Anyone who tells people to assemble in a meeting during this time, I don’t think if he/she is aware of others’ lives,” Polepole added.
He said all people in the country should make sure they get information about COVID-19 from credible sources and adhere to precaution measures as they have been provided by the Ministry of Health.