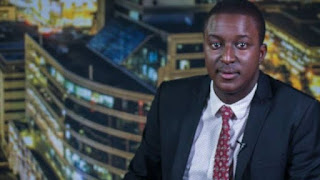 Cooped up in an isolation ward, a young Zimbabwean man who had been diagnosed with Covid-19 pleaded with his family for help.
Thirty-year-old Zororo Makamba was “alone and scared”, according to his older brother who spoke to Zimbabwe’s privately owned Daily News newspaper.
Makamba was being treated in the Wilkins Hospital, designated as the main isolation facility for coronavirus patients in Zimbabwe’s capital, Harare.
Shortly after he talked to his family, he was dead.
The death of Makamba, a well-known journalist, came swiftly – less than three days after his diagnosis.

Famous for his online social and political commentary, under the banner “State of the Nation”, his death achieved an unwanted milestone.

He was the country’s first coronavirus casualty and it shocked Zimbabwe.
The fact that Makamba came from a wealthy, high-profile family did not save him, and family members have argued that his death has exposed the inadequacies of the country’s medical response to the threat of coronavirus.
“The government is ill-prepared to deal with the virus,” older brother Tawanda Makamba told the Daily News.
The health ministry said his pre-existing condition made him vulnerable to the disease. He had undergone surgery last November to remove a tumour from under his lung and was in recovery.
While his family admit that his immune system was compromised, they insist that his death could have been avoided.