Eliud Kipchoge arrives in Vienna for his INEOS 1:59 historic 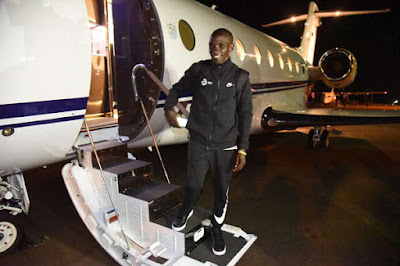