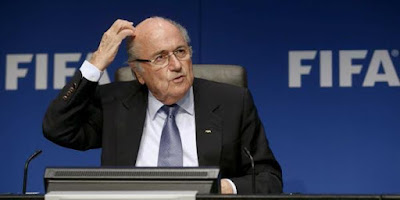 FIFA ethics committee has suspended its president Sepp Blatter for 90 days. Head of the committee,  Klaus Stoehlker, who has advised Blatter in the past, says the committee made the ruling pending further investigations by the Swiss attorney general following accusations of corruption.

He described it as a “pending” verdict, and said no negative finding had been made against the head of world football’s governing body.

The announcement comes just hours after Blatter criticized the criminal investigation against him in Switzerland, describing it as “outrageous”. He also defended his decision to remain as head of the football organising body and not step down immediately, as worldwide sponsors have urged.

The 90-day suspension is the longest FIFA’s ethics committee can hand down while they carry out their investigation.

Last month, the Swiss attorney general announced that Blatter will face charges of “criminal mismanagement” and “misappropriation.” Among the charges is an allegation that Blatter gave a “disloyal payment” to UEFA president Michel Platini totaling 2 million francs ($2.1 million). That payment is alleged to have been made three months before Platini announced he would not run against Blather in the 2011 FIFA presidential election.

KENYA-TANZANIA BUSINESS FORUM ON OCTOBER 6, 2015 IN NAIROBI, KENYA IN PICTURES

KENYA-TANZANIA BUSINESS FORUM ON OCTOBER 6, 2015 IN NAIROBI, KENYA IN PICTURES