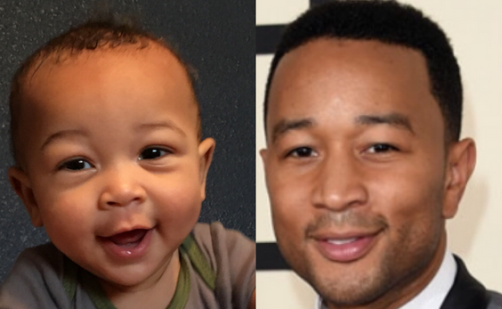 This little boy looks exactly like John Legend and his photos went viral last week…it goes viral from time to time whenever his mum shares his pictures online. After many people began teasing John’s wife, Chrissy Teigen, if maybe John is really the boy’s father, Chrissy yesterday responded, jokingly saying that her man looks like a baby…lol.