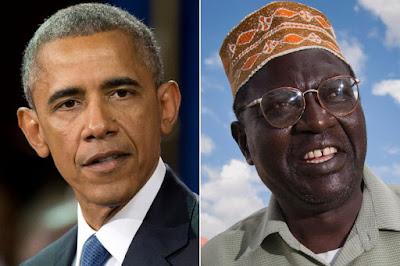 President Obama’s half-brother, Malik Abongo “Roy” Obama, has sold a handwritten letter from the president, penned 20 years ago, that reveals Obama’s reasoning for getting into politics including “to deal with some serious issues blacks face here.”

“Some colleagues of mine here have talked me into running for the Illinois State Senate (like being an MP for a province),” the future world leader wrote his kin in July 1995, before his political career began. “I have agreed, since I have an interest in politics to deal with some serious ­issues blacks face here,” Obama wrote.

“Of course, it involves a lot of campaigning, going to meetings and so on, which I don’t find so attractive.” He adds, “Anyway, if I win it will only be a part-time post, and I will ­continue my work as a lawyer.” 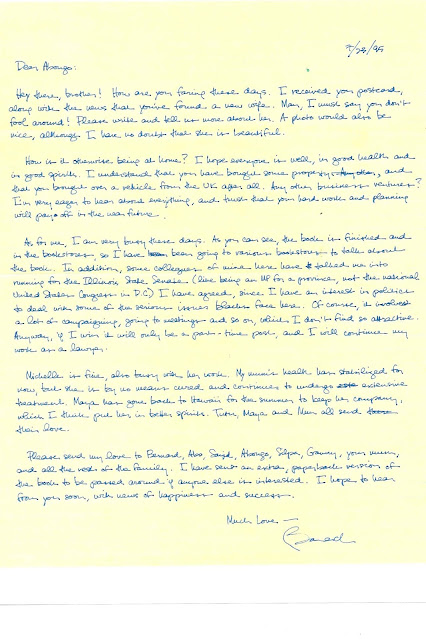 The letter, which we hear Malik sold as a package with a copy of a manuscript of Obama’s first book, “Dreams From My Father,” with handwritten notes also gives an update on First Lady Michelle and his late mother, who died later that year.

“Michelle is fine, also busy with her work,” Obama wrote. “My mom’s health has been stabilized for now, but she is by no means cured and continues to undergo extensive treatment.” In the letter, signed “Much love, Barack,” the future president adds news that his brother’s “found a new wife,” “Man, I must say you don’t fool around!”

The letter was offered up to parties such as ­LA-based memorabilia dealer Moments in Time before it was bought by a collector.

Malik, who lives in Kenya, also sold two other handwritten letters from Obama for nearly $15,000 each in 2013.
Malik, who shares the same father with the president, has said they were best men at each other’s weddings. But earlier this year, he called Obama a “schemer” and said, “He’s not been an honest man . . . in who he is and what he says and how he treats people.”

The amount paid for the letter was not disclosed. The White House did not comment.