Pan-African PR and Marketing Trends in 2019: A Snapshot 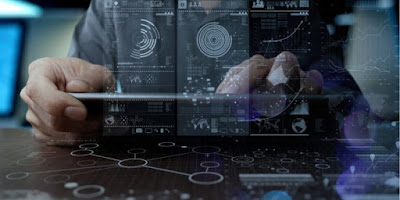 By: Jordan Rittenberry, CEO of Edelman Africa
It’s that time of year again when we look back at the past twelve months and plan for what’s to come. In terms of corporate communications and brand marketing, we’ve barely had time to catch our breath as 2019 has passed by at breakneck speed.
The year has been dominated by new social media platforms; changes in influencer marketing approaches and regulations; as well as an increased focus on transparency and trustworthiness from corporates.
As we venture into a new decade full of unknowns, we look back on the trends that have dominated the industry over the past year, and those that are set to continue into the 20’s.
Artificial intelligence and Big Data
Marketing and PR campaigns are rooted in data. While this has always been true, there is now a strong focus on using quantitative data to inform strategies and campaigns. One of the many benefits of the internet age is that huge amounts of data are now sitting at our fingertips. When presenting a strategy to a potential or existing client, it’s no longer good enough to base the campaign on perceived data and insights – you need to back it up with hard facts and solid insights.
This is also translating to the media. Journalists are after stories that are supported by analysed data that they can use in turn to inform larger stories.Internationally, we’ve seen decreased levels of trust in the media due to the prevalence of ‘fake news’. However, the opposite is true for Africa, where news organisations and journalists are often more trusted than governments. People are also engaging more with the news regularly by sharing articles and their views on popular issues on social media.
The impact of Generation Z
Millennials may have been the ones who adopted and created the technology that modern life finds its axis on, but Generation Z was born with access to technology that had been tried and tested by the generation before. Subsequently, they expect everything to be digitised, personalised and optimised.
While the first wave of influencers, most of which are millennials, created hyper-curated and edited Instagram feeds aimed at reaching as many people as possible, Gen-Z is developing minimally edited Tik Tok videos. According to Sensor Tower, Tik Tok has now been downloaded 1.5 billion times and is outperforming Instagram in terms of new downloads. As the platform is focused on local content and packed with additional features, many see this as a great alternative for young content creators, and it is seeing significant uptake across the African continent, with young Kenyans and Nigerians in particular.
While influencer marketing remains a go-to strategy for many brands, this doesn’t look the same as it did a year ago. Rather than working with influencers who have the most followers, brands have over the course of the last year started migrating towards influencers who are the right brand-fit. This involves finding influencers that are already having similar conversations to the brand with their followers, and are thus speaking to the right audiences, which means they can convert from interested eyes to customers. Brands are finding more value in influencers with lower reach but higher levels of engagement.
Brand Morality
A trend that piqued everyone’s interest in late 2018 was that of brand morality – brands taking a public stance on important social and environmental issues. Nike received worldwide attention, both good and bad, when it included controversial US football player Colin Kaepernick in an advert while he was protesting against police brutality. The trend continued into 2019 as more brands focused on their environmental impact and started transitioning to renewable packaging.
We’ve also seen brands make social statements in the African context. KFC stood up for the environment by phasing out plastic straws; Unilever committed to making 100% of their packaging reusable, recyclable or compostable; and Standard Bank’s chief executive made a public statement condemning xenophobic violence in South Africa.
People are speaking up, organising, and using their influence to effect change through the most effective means available to them—including influencing their employers to use their influence. According to the 2019 Edelman Trust Barometer, 75% of South African employers believe that their employers need to respond to critical industry, political and national issues. Employees want to work for a company that offers leadership, and one that stands up for them and their shared values.
These expectations also translate to a company’s bottom line as consumers have turned to belief-driven buying habits. More than half of consumers believe that brands can be more successful than the government in taking action to address social problems.
As a result of the changing consumer, executives are expected to have a voice on societal issues – whether these be xenophobia, sustainability or economic issues – and to use that voice to effect change.
Trust and Reputation
With so many voices in traditional and social media keeping a much closer eye on corporates, the C-suite has had to start taking its reputation management and crisis communications strategies seriously and ensure that their communications are transparent. Consumers are looking to business leaders as drivers of the economy in the absence of clear and progressive government leadership.
While the trust in and reputation of a brand ultimately sits with its executives, we’ve also seen concerns emerging around how brands are associated with influencers. The Advertising Regulatory Board (ARB) in July formally enforced regulation to differentiate between organic and branded content, holding both brands and influencers accountable for transparency. We believe this will ultimately lead to more authentic and relatable campaigns.
While 2019 has been a year of change for the public relations industry, strides have been made in ensuring trust between the public and corporates. This will likely only improve in 2020, as we see the removal of ‘likes’ from Instagram, corporates coming together to discuss sustainability at WEF Davos and further emphasis on using data analytics to inform campaigns.
Issued by:
Edelman South Africa – For more information or media requests, please contact:
Azraa Ismail – 011 504 4000 / 076 187 3353
azraa.isma[email protected]
Chloe Payne – 011 504 4000 / 072 673 0535
ENDS

Investing now for the tax audit of the future

Investing now for the tax audit of the future