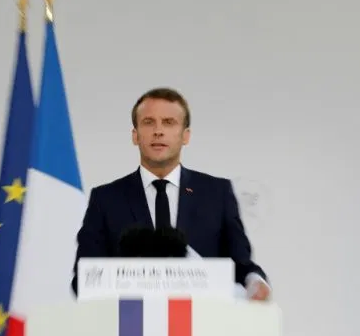 Two men close to the ultra-right were indicted for “terrorist criminal conspiracy” and placed in pre-trial detention, as part of the investigation of a bombing project against French President Emmanuel Macron.
Franceinfo, a French domestic rolling news channel, reported that the two suspects, aged 30 and 45, were believed to have planned an action against President Macron during the commemoration of the centenary of the end of the First World War, in November 2018, said Franceinfo quoting a Parisian judicial source.
The two were arrested Monday in Moselle, northeastern France. They have been presented to an examining magistrate for their indictment. The national anti-terrorist prosecutor’s office had requested their detention on remand.