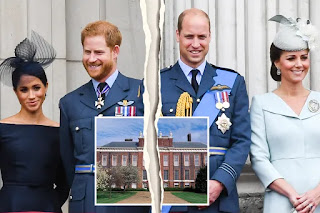 Days after Nigerian prophet, TB Joshua, released a number of ‘prophecies’ for the year 2020 during a Sunday Service at his church, they apparently appear to be coming to pass perhaps sooner than expected.
The eleventh prophecy on the cleric’s list stated, “Pray for unity and understanding among the Royal Family – because of what I am seeing.”
Just three days later, the Duke and Duchess of Sussex announced on their official Instagram that they would be “Stepping back as ‘senior’ members of the Royal Family.” The Instagram post from Harry, the second-born son of Prince Charles and his wife Megan reads, “After many months of reflection and internal discussions, we have chosen to make a transition this year in starting to carve out a progressive new role within this institution. We intend to step back as ‘senior’ members of the Royal Family and work to become financially independent, while continuing to fully support Her Majesty The Queen. It is with your encouragement, particularly over the last few years, that we feel prepared to make this adjustment. We now plan to balance our time between the United Kingdom and North America, continuing to honour our duty to The Queen, the Commonwealth, and our patronages.
This geographic balance will enable us to raise our son with an appreciation for the royal tradition into which he was born, while also providing our family with the space to focus on the next chapter, including the launch of our new charitable entity. We look forward to sharing the full details of this exciting next step in due course, as we continue to collaborate with Her Majesty The Queen, The Prince of Wales, The Duke of Cambridge and all relevant parties. Until then, please accept our deepest thanks for your continued support.” – The Duke and Duchess of Sussex
One could say that the ‘prayers for unity’ TB Joshua called for are much needed as Palace sources have it that the Queen ‘is disappointed’ at Harry and Meghan’s decision to quit. A statement from Queen Elizabeth’s office at Buckingham Palace was released saying, “Discussions with The Duke and Duchess of Sussex are at an early stage. We understand their desire to take a different approach, but these are complicated issues that will take time to work through.”
BBC’s Royal Correspondent Jonny Dymond gave further insight into the breakdown of the Royal Family unit when he revealed in a Twitter post: ‘BBC Understands that no other member of the Royal Family was consulted before Harry and Meghan issued their personal statement tonight, the Palace is understood to be “disappointed”.’
Reactions are already running wild as to the cause of this breaking news of disunity within the Royal Family. English broadcaster, Piers Morgan, gave a brutal response to the news, ‘People say I’m too critical of Meghan Markle – but she ditched her family, ditched her Dad, ditched most of her old friends, split Harry from William and has now split him from the Royal Family. I rest my case.’ He wrote on his official Twitter page.
One of The Mirror’s editors, Derek Momodu, had a contrary opinion, “Make no mistake: even after this, haters will still find a way to blame Meghan, the Duchess of Sussex for their decision to step back. Prince Harry deserves to be happy with his family (like everyone else)..wherever they choose to live. Live and let live!”
The UK further featured in TB Joshua ‘prophecies’ as he said, “United Kingdom – there will be agitation from a section that wants to leave; that will become an issue.” 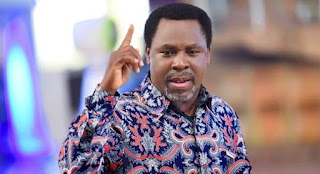 “Also, pray for the Queen and Duke of Edinburgh against going in and out of the hospital; pray for God to give them revival.” He said.
In regards to Brexit the Nigerian ‘prophet’ proclaimed, “Brexit needs more time to stand on its feet – with more co-operation of the EU leaders. If not, there will be economic repercussions and the cost of things will become unbearable. With time and preparation, all will be well.”
The full list of ‘prophecies for 2020’ can be found on TB Joshua’s Facebook Page which has over 3.5 million followers.